wow, what a crazy week it's been for me - how about you?  so much upheaval and emotional drama!  even though we're 'through' the eclipse, we're still feeling its energy, and will be for a few days (weeks, months), and as we all know, the cosmic reverberations just keep circling out forever...

I'm not sure where to start this week, as the reading I did was very personal, and specific to my circumstances.  I feel like if I'm going to read for the community, I can't pretend to be 'love and light' all the time, and like nothing ever goes wrong in my life because I'm claiming to offer to help people focus on doing their own deep work, so I have to show how I do mine. 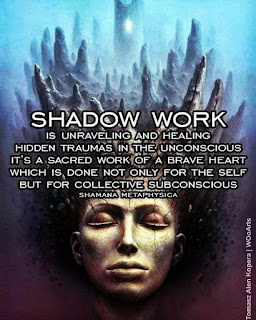 so - let's just say my child needs their community now in the form of a strong support network to help them navigate away from their current situation into something healthier for them in the long run.  the evil rage monster that lives in me has decided it's time for them to be free, rip off the band-aid, they're ready, I've done my job of preparing for this day well.  why postpone the inevitable?  they've embarked on their own underworld journey now, plumbing their own depths...the astrology would blow them away if they cared to look.  it's not my job to tell anymore, it's my job to love and let go, now.  but they don't want to leave, is the thing.  they wants to make demands of me, threaten and lash out.  they want all the benefits I've always provided - few though they may be - and to act indignantly while taking advantage and bringing so much conflict into our daily lives, I've been triggered back to my father throwing the kitchen table at me when I told him I was moving out (with a great deal more resources than my child has at the moment, though his daddy certainly had a lot less).

the running away started with the tenuous stirrings of what might become first love.  now that there's 'someone else', I've become obsolete overnight, and have been shut out, and shut down.  so the arguments have escalated to where we're both teetering on the edge of violence, neither of us wanting to cross that line, and for years now, I've been sending them outside to deal with those feelings to get them away from me - it's my house, I won't be disrespected - and get them moving to physically help cycle that energy through.  so we argued, I told them to get out, and they demanded a therapist, so I called in mental health.  they called in CPS.  so now I'm under investigation for abuse, exacerbating an already intense housing crisis (impending homelessness), and did I mention my mom died two months ago?  it's fine...I'm sure I deserve all that and more, don't I?  but the bottom line in my opinion is that they've hit their wall - as have I - and it's time to figure out how to get them what they need from the support network they will build with the help of the authorities they've called in.  we can't live like this anymore.  it would have been nice to have the clarity to handle it on our own, but...oh well. 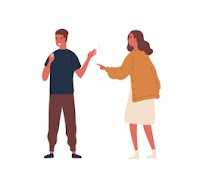 yeah, it's time to get out of their way, and leave them to it.  I caught a bit of a reading a day or two ago (I wish I could remember where!) that spoke to a wisdom coming in from the side, somehow...that it was important to pay attention to snippets that may come from random sources, and that was the kid yesterday - three times in the midst of the chaos they spoke honest truth, though I doubt they recognized the importance of what they said.  and between my own shadow work, Lorelai Kude's talk of overwhelm, and protecting what you've mothered, and Sasha's speaking of needing to let go of something anything, and 'where do we go from here' energy aligning with true direction and drastic change that has been a long time coming...I'm hearing this message loud and clear.  as hard as it is to focus through all the emotional turmoil, miscommunication, power struggles/control issues, change/liberation/chaos cycles, I'm doing my best to simply survive each day, which in the moment mostly looks like me trying to drink enough water, and failing, repeatedly.

so some cards for me.  some wisdom on how to step out of this dance.  help the kid get what they need to move forward and move along.  there's no coming back...things are irrevocably different and damaged now, so it's time to change course, and let life flow on by without me.  for this reading I used my oldest deck,  and this spread Meg @3am.tarot posted for the New Moon & Solar Eclipse in Gemini (June 10).  here's what we got:

reflect on:  The Lovers - one rose reaching towards the sun, while a briar entangles the moon.  such a strange card...look at the two of them, dispassionate mannequins entangled in her weird hair, that half dead-or-alive hill they're standing on.  a meaningful relationship...aside from all the love, beauty, harmony, deep feeling, trust, honor, physical attraction, there's the dynamic of sacred vs. profane, and a testing of theories.  an expansion - taking what we've learned, and re-centering from a new vantage point in a spiral progression.  widening the heart.  coming out of isolation into exchange - an act of radical vulnerability; a moment of truth.

revisit & explore:  The Magician - creative Source.  imagination, self-reliance, skill, willpower, curiosity, cleverness, unity in thought and feeling.  deeply connected to, and aware of, the resources surrounding us as well as the magic within them.  an expanding sense of possibility, the first step in a journey - packing The Fool's satchel.  confidence, awake to possibility, throwing open the doors.  expansion, opportunity, courage, tapping into potential.  knowing we are the magic.

seek truth within:  The Chariot - as soon as that expansion happened in the The Lovers card, the fool on their journey recognized their power, and met adversity with resolve and determination.  alert and ready for battle - horses charging forward, his foot on the yoke, he's prepared to balance his mental and physical strength in working towards greatness, as soon as he can get his emotions under control.

there is great significance to me in these cards, considering where my teen is currently holed up, and with cards 6 & 7 - The Lovers and The Chariot - showing up together like that, with only the Magician's spark between them.  there's that pattern of being pushed into things too early, before they're ready, because I'm already holding more than I can safely handle, and something's got to give.  this is my child, born three weeks early.  this is my child sliding down my leg because they won't hold on, they simply trust that 'I've got them'.  this is my child selling off their trains to pay the car insurance that one time.  this is my child's path to freedom - their first steps out on their own.  I'm not going to read their birth chart, or check their horoscope or anything because they didn't ask me to, and I respect people's privacy...but I can see what I see, you know?  all that trauma I tried so hard to avoid passing on, that I made sure to pass on.  our ancestors' hard-won aspirations now crushed beneath my personal failures, and it hurts to live here.

thank you for coming along, commenting, and sharing - this reading is for anyone who wants/needs it!  as always, I hope there's something in here for you, personally, and feel free to contact me for a private reading.