do you ever have so much to communicate that you get completely jammed up and unable to relate any of it?  a million thoughts a minute, and no way to get them all down, because you're off again, to the next Thing that has to happen, and your day becomes this weird race to get all the mundane tasks done so you can get to what's Real, but then realize you're missing everything in pursuit of nothing?  do you ever feel that?  the spaces between have gotten so lost for me as Babylon has asserted it's dominion, and I'm so fed up with feeding into all the nothingness that I Must break free...


our move went relatively smoothly, and I am incredibly thankful for that, as well as for those who made it so.  there have been a few adjustments, such as this being a new apartment (yaay!), so everything gives off that 'new' odor, or what's known as off-gassing (boo).  there are these new Smart Meters here that emit a frequency I find annoying (there's documented proof of them being both a health hazard, and bursting into flame), and the fluorescent light in the kitchen makes me less than happy...but beggars can't be choosers, my mom always used to say.  geez, what a terrible accusation to have grown up with - that I was a beggar in my mother's house, and made to feel guilty for asking for...what?  anything?  I am grateful for the good of this place - the affordability, the location, a hand in creating my own community, the network of resources - and I am wary of what could potentially pose an issue.  for instance; before I moved in, I discovered a blog dedicated to the prevention of having these apartments built at all, the author of which went out of her way to cause trouble for the developers, even going so far as to register their corporate name as her own, effectively forcing them to change their entire investment strategy...or some such, it got really tedious and petty.  read it yourself - even though she made a few relevant points, on the whole, it made me sad.

it's a much more urban environment than I'm used to - even though we're considered to be 'out in the country' by many, we're not.  at least not to me, who lived in Vermont for more than a decade.  there are streetlights on all night, and I have 100 neighbors as opposed to 20, or 5, or none closer than 3 miles.  there are some issues with the units, and some issues with tenants, but we're all new here, and I don't even know if the complex is full, yet.  it's an interesting place to be living, for sure, we'll see what comes of it.  one of the things that came were some new issues at school for my child.  he's in the same school, and he didn't even miss a day because we only moved a few miles up the street, but he's on a new bus, and with that came the escalation of a poor dynamic he's been experiencing with another student since last year.

I was happy to move to this school district because it was better than the one my son was in for kindergarten, and first grade was a great experience for him.  second grade, on the other hand, saw him in class with a known abuser of a teacher, and we struggled to get him through it emotionally.  it blew my mind that the school would employ such an individual, and entrust her with the minds and spirits of our most precious resources, and allow her to diminish them in ways that were well known to the community.  I had several discussions with both her and the principal that year in regards to the untoward ways in which I felt she was treating my son, and she just so happened to take an early retirement at the end of the school year.  this was also when the trouble with the other student began - the old, "give me your lunch or I won't be your friend" routine in the cafeteria.  I called that student's mother, and she tried to play it off like my kid was being so kind and sharing with her kid, because she hadn't packed him enough food.  when I told her how it really was, she said, 'it better not have been that way...' 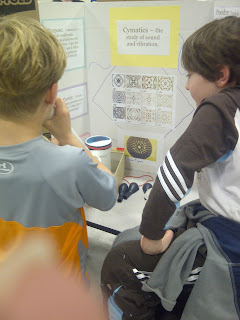 to be honest, I saw there was tension between these two boys, and I tried to trump it by getting them to be friends.  I played nice with the other kid's mom, even though we're not really the types to bond, offered and suggested playdates, laid out my offerings.  I was rebuffed.  she held herself apart from me as though I were untrustworthy, cited her own insecurities, and attempted to bow out courteously.  sadly, she got dragged into a separate drama with another mama who took a quick dislike to me last year, as well.  that mama got all huffy with me over my friendship with a burlesque performer, whom I posted a picture of my son posing with to facebook, at our college graduation dinner.  that mama can bite me.  anyway, the other boy starts with these little threats, like 'stop tapping your pencil or I'll kick you in the wiener'.  then he drops his recorder in the hallway, and with the sharp shards, scratches my kid across the back twice, and says it was an accident.  now, since we moved to the new apartments, and these two boys who have been having issues for quite some time are on the same bus, my kid is 'dirty and smelly because he's poor'.  and not just that one kid is saying it - all the kids he invited to his birthday party are saying it.  like a big, group, bully-session.

now, my son has been saying how he doesn't much feel like going to school anymore, and who could blame him?  but whenever I threaten to pull him out and homeschool him, he balks and chooses to go back and just deal out a few snappy comebacks I helped him prepare.  his grades are good, and he's a great kid by all accounts (no, really...), so it's not like the work is giving him trouble, it's the people who feel they have some right to hold him to an antiquated system of what education used to look like, and expect him to want something other than an escape.  that, and a few entitled little elitist white kids who spew their parents' garbage without hardly knowing what it means, who it may hurt, or why.  and no one is going to tell them, because that's just the way the program runs, isn't it?  yeah, well, I'm not one for imposed programming, so I'm choosing to flip the script. 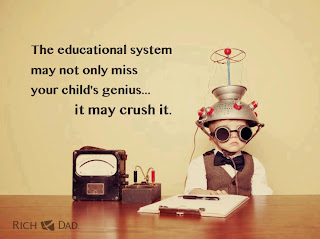 this is a blessing, do you know why?  because I've been increasingly disappointed with my son's education, and as time passes, I become more and more concerned at the quality of his knowledge.  for all he knows, he doesn't seem to own much of it, and may even be losing a bit of that natural curiosity that children are born with, that spark that can lead to life-long passions, if you show them how to think rather than what to think.  so since I have a few friends with advanced degrees in education whose opinions I value, and they tend to advocate for certain types of education, and through them, I've felt like I have some great resources should I ever want to give it a go...so I decided that it was time to give it a go.  that's right - I'm jumping, and knowing the net will appear.  I went to a college that is based on self-directed learning and personal process evaluations - I know this routine, we can do this.  we aren't stepping away from public school because of the unhealthy forced socialization of a group of unrelated children that can have life-long negative associations, we're leaving behind an overemphasis on standardized tests (which we opted out of, anyway) and lack of pretty much anything else, because I know there are better ways for my son to learn to be in the world, and I intend to give him the opportunity to choose his own path, rather than let it be chosen for him, by forces outside of  - and quite possibly hostile to - himself.


ah, Beltane...to me, the halfway point between the vernal equinox (Spring), and the summer solstice.  a great time to burst forth in the spirit of new beginnings!  our seeds are sprouting like crazy, our new home is slowly getting organized, flirtations are in the air, and the weather is beckoning us all outdoors to glory in the sunshine while it's here to bless us. I feel hopeful, like I finally did something right and am afraid to celebrate for fear of jinxing it, or because I just think I made a right decision, and am waiting to be proven wrong...  either way, in This 'now', the moment in which I'm typing these words together, it feels like it could be what I dared to dream about not long ago, as a good next chapter to begin in this book I keep writing - the one titled 'Me'.  because when it comes right down to it, the only thing I really know is my own mind, and even that is admittedly changeable.