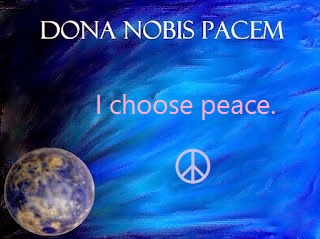 I saved this template for more than a year.  I had been doing the Blog4Peace for a few years in a row from 2010-13, but then took just as many years off.  I suppose I meant to do it last year, which is why I saved the template, but I forgot about it, and by the time I remembered, it was obviously so far past November I thought I may as well wait until it came around again!  so I was all ready to do it this year, but...a separate issue came to my attention, and had to be dealt with in a timely manner, so it got set on the back-burner, and here I am past the deadline again.  I'm sure no one will care if I'm a few days late, peace is peace after all, right?

so I downloaded the template with every intention of playing around with it creatively before posting it with some attempts at demographically-expected attached text, and feeling like I'd done my moral duty as it pertains to blogs and blog blasts and blog blasts for peace for the year.  as it turns out, I don't happen to have access to my own computer at the moment - mine had a terrible mishap and hasn't been working properly, so I've been getting by with my son's older outdated refurbished MacBook he was gifted at his Bar Mitzvah that has since been replace by a much more up-to-date system.  what that means is that I don't have access to all the features and programs I would normally, so I wasn't able to play around with the peace globe template.  so there it is.  that's what I got.

to be honest, I haven't been feeling very peaceful with all the hate that's going around lately.  I mean, I tend to try and maintain a certain personal calm when dealing with the intrusion of unwanted energies and elements into my daily life, but we all live in this world together, and we all experience small moments that trigger our anger or frustration, and truly stressful events that can bring out our fear and rage, so I find it's been more necessary of late to stand up and identify myself as someone who's available to act as a shield to others who maybe aren't feeling so safe these days.  and I say that as a member of several targeted populations - more than some, less than others - which is to speak to my seriousness when I say Never Again, and We Will Outlive Them, to my experience in handling these types of attacks, and to offering the care necessary to heal from them.

yes, I pray for peace.  I hope for it with every ounce of my being, with the belief that willing for a thing in the right frame of spirit can bring it into being.  but what do I do on the daily?  remind people that racism is unacceptable?  tell them that anti-semitism Must become a chapter in our less than illustrious past history as it pertains to human dignity and tolerance?  act as a reminder that people who stand next to me on the street every day have the same rights I do?  that people who are struggling to get here deserve the same?  that people in foreign countries deserve to not be thrown into the depths of a humanitarian crisis by Our country so we can continue to pretend America is any kind of measure of freedom and justice in the world?  to get us to pledge our support to the Ferguson activists who are being systematically murdered for their parts in attempting to heal and uplift their communities?  what about two unrelated people simply shopping in a grocery store?

what peace have I brought today?

who's peace have I bought?

certainly not my own...

it's still a choice, though, and given the option, I will usually choose peace.  but if diplomacy fails?  and something or someone plans on coming for me and/or my friends?  I won't be going down without a fight.