blogging for peace.  what does that mean to me?  well, I'd like to be the sort of person who works towards peace every day, in every way, but I'm not.  I'd like it a lot if there were an end to all wars and suffering, but I don't do anything to help accomplish that goal.  in fact, I can't even get along with the people who live on the other side of the wall from me, or most of my immediate neighbors, for that matter.  other than the moments when there is complete quiet in my neighborhood (few and far between), I have had very little peace of late.  Samhain (Halloween) can sometimes be hard for me when I am forced to contend with people who think mocking my ethnicity is an appropriate costume, and I am one of those people who call others out on their hypocrisy, and get into arguments on social media sites with those who refuse to even look at what they are doing, or acknowledge how their actions may be hurtful.  I was born with an inherited rage, and called 'angry' or 'bitter', depending on your interpretation of my name.  my father used to joke (in his scolding way) that I liked to stir things up rather than let them settle, "like salt in a glass - leave it alone and it all sinks to the bottom,"  he would say, "then you come along like this:" and he'd stick a spoon in his water glass and stir furiously, "see?!  like that!  that's what you do!"  we laughed at the time, because of course he was right, and yet I still don't see a problem with it.  I shrug my shoulders and call myself a catalyst.  but for what, exactly?

the first time I participated in the blogblast for peace was in 2010, and all I did was add a few words to one of the downloadable templates from the website, post it, and call it a day.  in 2011, I got a bit more philosophical - spent hours looking up, copying, and pasting peace quotes, wrote about personal and national events, and attempted to make some sense of it to myself.  2012 saw me looking to add my energy to those doing the real work, even if only from inside my own heart, and remembering to keep my trivial nuisances from destroying my own inner peace in the face of the work our sisters are doing on the front lines of true activism.  this year, I am on a borrowed computer, so I can't add anything to the template I downloaded, and I'm feeling too beat down by those same trivial nuisances I spoke of last year to be worth much of anything to anyone, including myself.  had I the relevant technology at my fingertips, what would I want to print in the box this year? 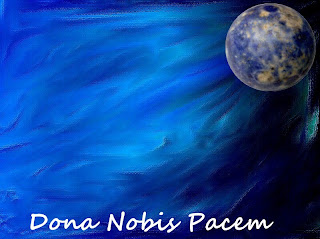 grant us peace...from government shutdowns, food stamp reductions, health care disputes, all the continuous wars, rape cover-ups by small-town athletic departments, the gutting of women's/gay/children's/trans*/indigenous/basic human rights, natural gas pipelines and fracking, antiziganism, all forms of abuse, racism, bigotry, profiling, government spying, school bullies, the militarization of the United States, drone strikes, secret grand jury investigations reminiscent of McCarthyism, forced evictions of Roma in the European Union, famine, disease, school shootings, road rage, human trafficking, dirty politics, nuclear meltdowns and the irradiation of the ocean and marine life, melting polar ice caps and global warming, deforestation and all forms of environmental genocide, colony collapse disorder, poachers, terrorism, school-to-prison pipelines, the incarceration of non-white America for profit...this list could keep on growing, but it's giving me a headache, and I want to figure out how to turn it around for a positive conclusion to the post, but I'm not sure if I can.

there is good in the world.  we know that.  there is boundless glory and beauty, and abundance, and I just haven't yet figured out how to get my hands on some of it so I can share freely.  I know it starts in my own heart - even though I don't get along with most people on a personal level, I do still pray (in my way) for ALL of us, as a whole.  even though I am no longer naive enough to believe that what I want and need is what everybody wants and needs, I know enough people want peace on our planet to make it a feasible goal, or an ideal to move towards.  we are imperfect creatures, and as conflict is part of our nature, I can't believe in Utopia, but I can most definitely see us doing better than we are right now.  in fact, due to the incredible strength and determination of people like the young lady below, I know that we can. 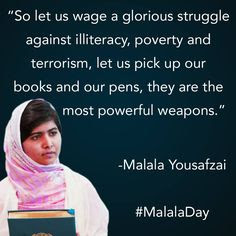 please feel free to add your voice to the chorus at:  http://blogblastforpeace.com/  with tremendous thanks and appreciation to Mimi Lennox.